” The Rishis considered man as the supreme being because man seems to be the only living creature in the universe who is independent for his rational conqests and is the sacred being which, through intellectual conviction, can gain a firm control over the emotions of the mind and apply this regulated and controlled energy for purposes of transcending psychological existence and thereby, peep into the boundless realms of bliss and beauty, love and perfection.””
By Swami Chinmayananda).

PRAYER  _______ IT IS AN INVOCATION.
It is not a humble, meek and impotent beggary, for personal gains from some convinient mighty power which presides over the helpless destinies of devotees. It is not a submission. It is not done in the spirit of showing our hat around a crowd of Omnipotent Deities. On the other hand, Prayer, in its truest sense , is an attempt to invoke the mighty potentialities that are already in us through a process of mental integration.
My radio-set, is not, in any sense of the term , begging the BBC when it is perfectly tuned to BBC ! The BBC can not deny my drawing room atmosphere its news! Similarly the Supreme can not deny us if we are rightly tuning ourselves upto IT through the divine process of invocation. Invocation is the demand made by the head, prayer is a meek submission by the heart.

GM My dear Divine friend;
Thank you soo much for your prayers.

In case of stroke, the neurologists advise their patients about physio therappy… without having (I would say) much knowledge of what actually, it is !!

We call it PRANAYAM. Prana is to be known as ‘life-energy’ with the mere touch of which dead matter become alive !!
So…, you can assume that I live in the Energy-body …. the material-body has been already transcended..

Thank you again.
A Prayer comes from the mental sheath, and therefore, it must be more powerful in its effect.

An enlightened person has access to Universal Thought Bank or Metaphysical Bank, which is a treasury of all kinds of ideas, thoughts, divine laws, scientific principles, emotions, imagination and any other metaphysical phenomenon known by any other name. All these items have always been present in the Universal Thought Bank. The enlightened persons have been taking the required items from this source and offering to mankind according to its needs from time to time. Everything in this universe has always been pre-existent or co-existent with the universe. Nothing new happens here. The newness is just kaleidoscopic, different patterns, forms, designs of the physical and metaphysical world created by different permutations and combinations , which our ancient thinkers and philosophers termed as illusory or MAYAJAAL. In fact MAYAJAAL is a kind of physical/material reality in motion like the flowing of water or the blowing of wind. In fact, LIFE is the name given to this constant change and flow of the physical world. The end of motion/flow will mean the end of life in this universe, which is never likely to happen. Complete annihilation of human race , some species of creatures and vegetation is possible but the complete end of life is not possible. The blowing of wind and flowing of water will never stop, so will life.
The only unchangeable and indestructible phenomenon is LIFE FORCE or spirit. Hence the need to focus on Spirituality, Enlightenment and Metaphysics. 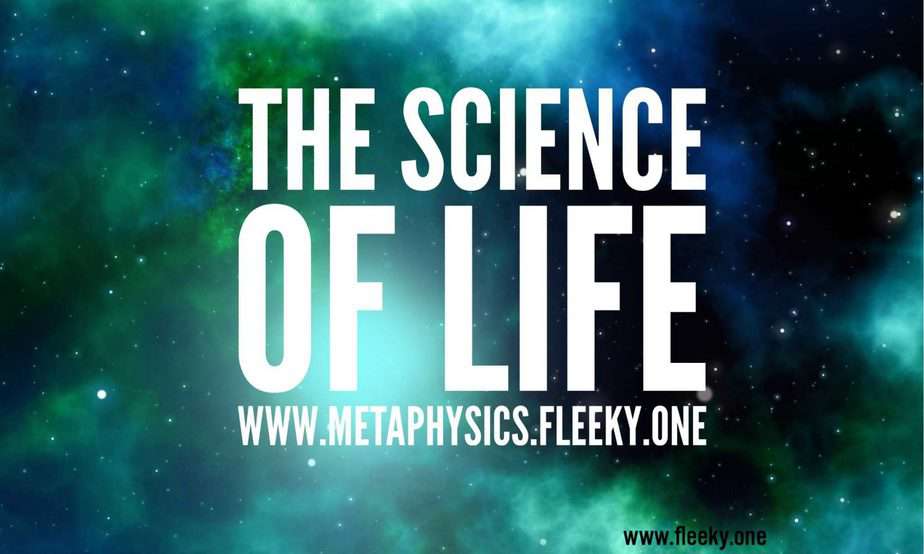 A Spritual seeker,
in fact, is a scientist / research scholar of Metaphysics …,
or we can say “The Science of Life”.

Keeping the above idea in mind….
I would request you to go through the post
which is published as my article number 2.
Best wishes_/
sd//
_______

Stone is not a good conductor of ‘Awareness’, and therefore , it is not Aware of its external world of things and beings, circumstances and happenings.

The Plant however, although responds to the different seasons, but is not Aware of its inner world of ‘thoughts’ and ‘ideas’.

Animals are seen to be not only aware of the external world of things and beings, circumstances and happenings, but also seen to be Aware of their mental state, but surely not Aware of their Intellectual state to judge and distinguish the real from the unreal; in short, unaware of ‘rational thinking’.

Man, and Man alone is the animal that is, to a comparatively greater degree , at once Aware of the world out side, and the world within, that is, both the Mental, and the state, still deeper within; the Intellectual states of Awareness.

Spiritual SEEKER (A Scientist of LIFE) is the one, whose attempt is to develop this Awareness to such an extent that one becomes AWARE of not only the outer and the inner world, but also of the Inner Most… the SPIRIT.

Good morning friend,
If you like to know the title of the first blog which i like to post….it would be
“SENSE OBJECTS”.
______
Suppose i post a theme which is from the Geeta or any Upanishads…, i shall give the necessary references too.
_____
For the time being only…
Thanks.
_/\_

Sense objects are five in number.

They are Sound, Touch, Forms, Taste and Smell. These are subtle forms of the five states of matter, and are known as the ‘Tanmaatraas’ in the scriptures.

Sense objects are consumed by the sense organs of perception , which are also five in number.

They are the Ears, Skin, Eyes, Tongue and the Nose.

After digestion, the waste of the sense objects are excreted through the five ‘sense-organs-of action’.

They are the Vocal chord, Legs, Hands, Genitals and the Anus.

Thus, Sound and Space meet at the Ear…after consumption, the sense object (sound) is excreted through the Vocal Chord. The circuit becomes complete after the Sound is returned back to the Space.

Similarly Touch and Air meet at the Skin… after consumption, the sense object (touch) is excreted through the Hands. The ‘Touch’ is returned back to the Air to complete the circuit.

Forms and Fire meet at the Eyes… and forms are excreted through the Legs.

Taste and Water meet at the Tongue…

Qualities of the five elements :-

Earth… Its quality is Smell.. it can also be tasted, seen, touched and heard…. state..Solid. It is the grossest of all the five elements.

Water… Its quality is Taste.. It can not be smelt, but it can also be seen, touched and heard…. state…liquid. It is subtler than Earth but grosser than Fire, Air and Space.

Fire…. Its quality is Forms and Colors.. It can not be smelt and tasted, but it can be touched and heard also… state…gaseous. It is subtler than Earth and Water but grosser than Air and Space.

Air……Its quality is Touch.. It can not be smelt, tasted or seen, but it can be heard…. state…gaseous. It is subtler than Earth, Water and Fire but grosser than Space.

Space..Its quality is Sound…It can not be smelt, tasted, seen or touched; it can only be heard… state.. gaseous. It is the subtlest of all gross matters and also the most pervasive.

The grossest (earth) is the least pervasive; the subtler is vaster and the subtlest is the vastest. This is the rule.

Therefore Water occupies vaster space than the Earth, area of Fire is still vaster, area occupied by the Air in space is still vaster and the vastest obviously, is the Space.