* Actor, playing the role. Complete knowledge is ‘I’ am the actor and not the ‘role’.
* The true nature is pure sat chit ananda swaruupam- which is neither doer nor enjoyer.
* Contemplate
it is the projection of the total mind. -Iswara brings both jnaani/ ajnaanis together for the teaching to take place.
-When the ajnaani has the maturity of the mind and is longing for a teacher for evolution; the Lord himself facilitates the meeting of the two.
….The mind becomes still only when one accepts the fact, consciousness is the true self, and rejects ‘I’ as self mentally. .
* This is possible only through constant mental effort through reflection (formless witness).
What then… How?
* It izzzz to……. ‘not to think’ .
The fuel of the ego is thought, so to experience ego-lessness, work on meditation practices, release thought.
The simplest way to release thought is through concentration practices. As concentration is high enough, thoughts become quite subtle and seem to bubble away on their own… Leading to a state of being Aware of Awareness itself. If you work to cultivate awareness of awareness as often as possible, some profound transformation will occur for you.
It is to notice any time experience occurring between thoughts. In this space between thoughts, there is ‘no ego’… ego dies, is reborn constantly.
The ego is a survival mechanism seeking safety and security, and relentlessly defends itself.
* What the ego is most afraid of is its own death. It seeks immortality and causes it to put up extremely strong fears and other defenses to protect itself, when one go after it wanting to ‘kill it’ .

* The ego is a very complex collection of thoughts, beliefs, reactions, conclusions, definitions, and judgments. Because it is so complex it is best to approach each aspect of its resistance individually and apply surrender and release it.
*To eradicate the ego best approach is with a compassionate attitude of wanting to heal and awaken to a greater realization of peace and truth, And through surrendering it grows weaker and weaker over time.
*Be without breath??

Practice right ✅✅✅breathing.
Well, there is intimate Relationship of breath with physical health, mental and emotional health
Mysterious powers are associated with the breath…
pranayama…Prana is the vital force that creates various currents of energy in the body that control many of the unconscious functions that allow the maintenance of the physical body. It regulates the circulation of blood, digests food, affects moods, levels of stress…
By guidance and right breathing, one can slow down the incessant chatter of the mind with its ceaseless array of thoughts. Over a period of time, one becomes aware of many details, memories of certain events that have happened, the physical sensations of the body and a deeper connection with self.
… mysterious events happen.. .
The dissolution of negative and limiting thoughts and feelings that are held in the subconscious begins to surface; patterns/emotional scars of past traumas are released. As the toxic emotions are expelled from the system, the perception begins to transform.
One begins to become aware of one’s total presence…triggered into being fully alert, alive, aware of the body, feelings and senses, levels of emotion and feelings that no longer are locked in or repressed, and now, thereby demanding a release.
And the release happens! …Yes, Naturally and deeply, on the physical and cellular level.
Deep relaxation and peace is experienced. The calm and serenity can be felt . .
Go ?n, Practice Being e-go-less? 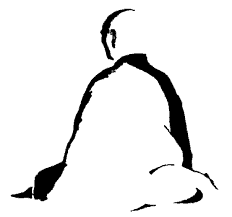