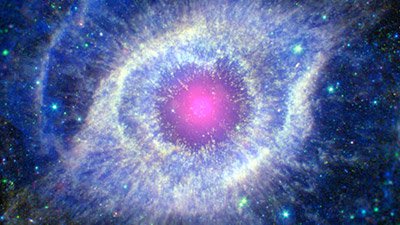 * Then Why human are so corrupt, violent and confused?

…Obvious, not exactly, we are jiva, an energy of God. Being an energy of God, we are called as God by some. Just like fire and a spark of fire are essentially the same, so also God(Brahman) and human(Jiva) are essentially the same. But, just like fire is huge than a spark of fire and has more heat/ energy, so likewise there arises differences between jiva and God. Hence, it is not absolutely correct. Apart from jiva shakti, there is a kind of energy of God, maya shakti (illusory potency)…i.e. prakruti that represents three modes of material nature known as

God is mayadhish (the Lord of maya) and jivas mayadhin (under the influence of maya).

This means the notion of ‘we’ is false, or imaginary. Thus ‘God’ IS and There is nothing else’ to be called ‘we’. The perception of an individual ‘Jiva’ is itself imaginary, therefore God alone exists and all else is illiusory. This declaration ‘I am GOd’ by Advaitins is not an egotistic assertion of equating the Jiva with Brahman, but rather it is the destruction of all ego, by the removal of Jiva and replacing it with Brahman.
Shivohum Mantra….
Mano buddhya-hankara chittani naham
Na cha shrotra jihve, na cha ghrana netre
Na cha vyoma bhumirna tejo na vayuhu
Chidananda rupah shivoham shivoham
*I am not the mind, intellect, thought, ego, or some form of the supreme being; I neither have ears, nor tongue and I neither have nose (nostrils) nor eyes; I am not the sky, earth, light or the wind; I am the fortunate, joyful, supreme being who is the very emblem of truth, knowledge and eternal bliss. I am consciousness and bliss. I am Shiva, I am Shiva.

Not GOD,  just a SPARK of the WHOLE…